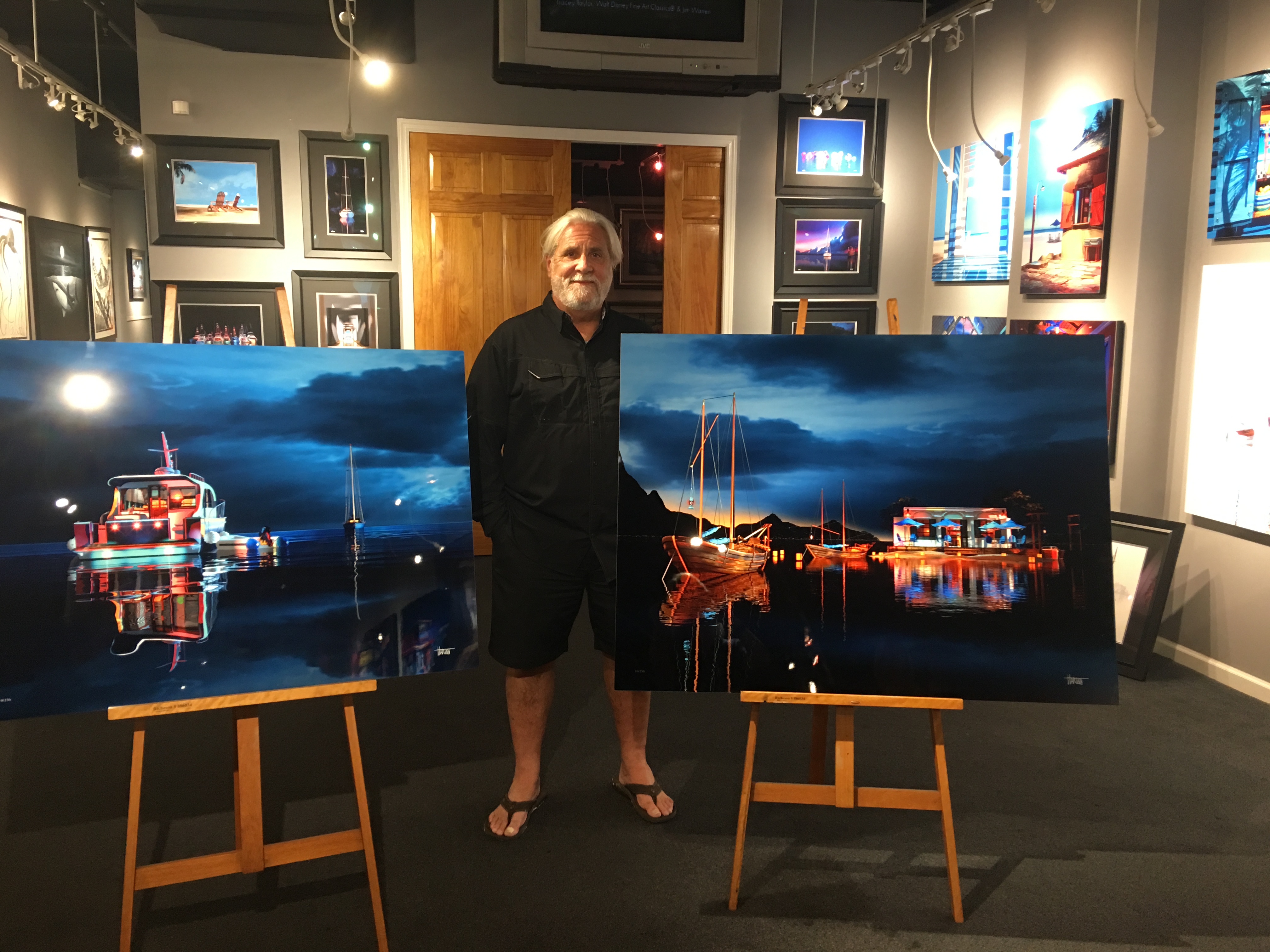 Twenty of Harlan’s works were selected for a two month exhibition in Krimpen aan den IJssel.

North Carolina artist Stephen James Harlan recently unveiled his new piece, titled Pointed North, at a solo exhibition in the Netherlands.  This work, along with 20 others, will be on exhibition September through October 2011.

Chris Konijnendijk, gallery owner of First Class Art in the Netherlands, welcomed Stephen Harlan and wife Martha at the opening event.  “We are pleased to be representing Harlan in Holland.  His work is so vibrant; there is nothing like this in the European market”, stated Konijnendijk.

“Harlan’s work draws people into the exhibit – even our younger collectors are excited about the subject matter and style of Stephen’s work,” Konijnendijk added.

Stephen Harlan moved to Carolina Beach, North Carolina several years ago where he lives with his wife Martha.  The couple is originally from Florida.  After they married they moved to Los Angeles, California where Stephen focused on his art.

Having a desire to be closer to family, the Harlans relocated to Maryland where they raised their two daughters.  When a new career opportunity was offered to Martha, they decided to move to the Wilmington area.

“My wife and I recently built a home along the sound in Carolina Beach in the Wilmington area, and my studio is located there. The area is so beautiful, a constant source of inspiration,” Harlan noted.